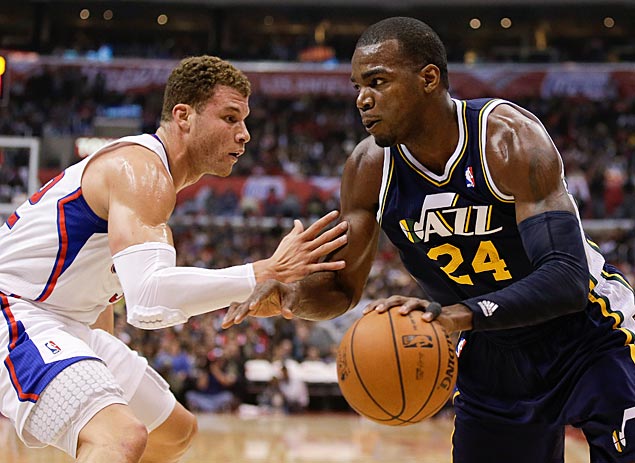 THE Atlanta Hawks have agreed to contracts with free-agent forwards Paul Millsap and DeMarre Carroll, continuing their makeover under general manager Danny Ferry.

Two people close to the negotiations confirmed the deals for Millsap and Carroll, who were teammates at Utah last season. The people spoke to The Associated Press on Saturday (Sunday, Manila time) on condition of anonymity because contracts cannot become official until Wednesday when the NBA's free agency moratorium ends.

The addition of Millsap and Carroll will help make up for the loss of Josh Smith, who has agreed to a $54 million, four-year contract with the Detroit Pistons, according to a person familiar with the deal. The person spoke to the AP on condition of anonymity because the agreement has not been announced.

The deals for Millsap and Carroll were struck late Friday night, after free agent Dwight Howard informed the Hawks he was going to go elsewhere. Howard later went to Twitter to announce he was headed to the Houston Rockets.

Millsap was selected by Utah in the second round of the 2006 draft. The 6-foot-8 power forward has career averages of 12.4 points, 7.0 rebounds and 1.8 assists in seven seasons in the NBA.

Although he was Utah's longest-tenured player, Millsap's minutes declined last season with the emergence of young players Derrick Favors and Enes Kanter — both part of a core group for the Jazz.

Carroll averaged 6.0 points and a career-high 2.8 rebounds in 16.8 minutes per game last season. He signed with Utah in February 2012.

Carroll took to Twitter to thank the Jazz and their fans. "Atlanta here comes the #JunkYardDog!" he wrote.

Also this month, the Hawks reached an agreement with swingman Kyle Korver on a multiyear deal, which also cannot be formalized until Wednesday. Korver averaged 10.9 points last season for Atlanta and ranked second in the NBA by making 45.7 percent of his 3-point shots.

The moves come as Ferry continues to remake the team after he was hired in June 2012. Coach Larry Drew was let go after last season and longtime Spurs assistant Mike Budenholzer was hired in May.

The Jazz, meanwhile, are undergoing dramatic changes to their roster. In addition to the departures of Millsap and Carroll, free-agent center Al Jefferson agreed Thursday to a three-year, $40.5 million contract with the Charlotte Bobcats. Jefferson averaged 17.8 points, 9.2 rebounds and 2.1 assists in his third season with Utah.

On Friday, the Jazz sent guard Kevin Murphy to Golden State in exchange for the expiring contracts of Andris Biedrins and Richard Jefferson, as well as Brandon Rush — part of a deal that allowed the Warriors to reach an agreement with swingman Andre Iguodala. The Jazz also received four draft picks, including first-rounders in 2014 and 2017.

In order to make that deal work, the Jazz had to renounce their Bird rights to Millsap, clearing the way for his departure for the Hawks.

"I was drafted here," said Williams, a second-round pick by Utah in 2003 acquired in a trade last summer. "This organization gave me a shot when I first came in the league, when I was a young pup. Now I'm at a point in my career where stability is key. ... It will be disappointing (if I'm not back), but I'm going into my 11th year and I understand the business side of it. I understand the youth movement."