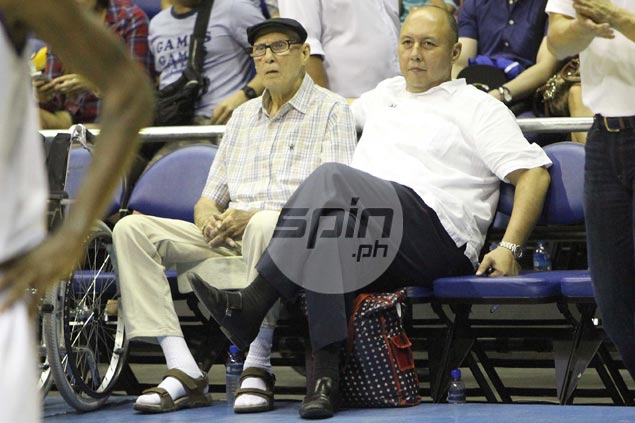 JUST how emotional was Gilas Pilipinas' 86-79 victory over South Korea? Shortly after the win, signal No.1 was raised in Manila because of typhoon ‘Labuyo.’ Yes, even the heavens became emotional and started shedding tears after the game.

Regardless of the outcome of the championship showdown with Iran, the Philippines has already booked a berth in the Fiba World Cup of Basketball in Spain next year. The team needed only to finish in the top three and figuring in the championship with the chance to win it all comes as a huge bonus.

Believe it or not, the Philippines is returning to the tournament where it first made global strides. The Philippines took part in the 1954 Fiba World Basketball Championship (as the tournament was then known) in Brazil and finished with an impressive 5-2 win-loss record to take the bronze medal. The third-place finish remains the best ever posted by an Asian country in the history of the prestigious tournament. Carlos Loyzaga finished as the third-leading scorer and was named to the Fiba World Mythical Five.

Make no mistake, the Philippines was a global force in basketball during the 1950s, topping the first Asian Games in 1951 and finishing ninth in the 1952 Olympic Games in Sweden. Backtracking further, the country represented Asia in the 1936 Berlin Olympics where basketball was introduced and finished with an impressive 4-1 record. Why the team's impressive performance in the 1936 Games did not merit a medal remains a mystery to this day.

In 1975, just two years after the Philippines won its fourth Fiba Asian Championship with a perfect 9-0 record, the Philippine Basketball Association (PBA), Asia's first play-for-pay league, opened shop and this prevented our best players from taking part in international competitions, what with the International Basketball Federation's (Fiba) strict adherence to amateurism at the time. For over two decades, China and South Korea took the Philippines' place atop Asian basketball, but not a few thought the best players in Asia were just locked up in the PBA.

When Fiba finally opened its doors to professional players with the declaration of open basketball in April 1989, the Philippines was expected to reclaim its throne in a wink-of-an-eye. As it turned out, our Asian neighbors had made such huge strides that the Philippines needed a lot of catching up to do. The grim realization that Filipino players were no longer good enough to compete even on the Asian level was a bitter pill to swallow. Heartbreak after heartbreak came, triggering calls for Philippine basketball to undergo a major bypass.

From the time Fiba declared open basketball until this year's Fiba Asia Championship, the Philippines' best performance was a silver-medal finish in the 1990 Asian Games, the year when our first, hastily-assembled all-pro squadron made its debut in the international stage. Easily the biggest heartbreak was the 2002 Asian Games in Busan, South Korea, when the Philippines failed to advance to the medal round and finished fourth after bungling a won game against South Korea.

That it took a hard-earned victory over South Korea in this year's Fiba Asian Championship for the Philippines to punch a return ticket to the World Cup of Basketball definitely made for poetic justice. There was no Loyzaga to spearhead the team this team as it took a collective effort from all the players involved to bring down the gunners of South Korea. When pint-sized guard Jimmy Alapag nailed that clutch three-pointer at the tail end of the game, it was like Manny Pacquiao flattening Ricky Hatton with his dreaded left hook. KO Korea!