VIDEO: Nothing like playing for your country in world championships, says Jaworski

VIDEO: Nothing like playing for your country in world championships, says Jaworski 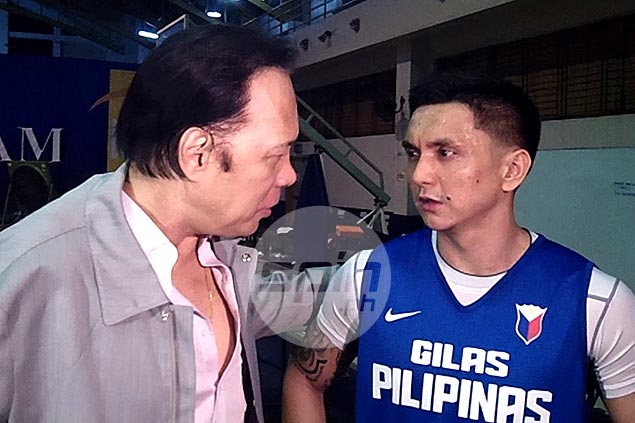 THE world championships is the biggest arena a basketball player could aim for.

Cage legend Robert Jaworski drove home this point on Monday night after speaking before members of the Gilas Pilipinas team, two days before the start of the Fiba-Asia championships in Manila.

Jaworski was a member of the last Philippine team to see action in the world championships in 1974, earning its slot after winning the ABC title (forerunner of Fiba-Asia tournament) in Manila the year before.

The Philippine five finished 13th in the 1974 tournament in Puerto Rico.

“It’s a gathering of the world’s best. It’s majestic to play there. It’s wonderful to have that opportunity,” Jaworski reminisced. “They (Gilas) have to look forward to that!”

“The highest point to being an athlete is to be given the privilege of representing your country in international competitions. It’s an opportunity to show the world you can be the best,” he said.

Assessing Gilas' chances in the tournament kicking off on Thursday, the PBA Hall of Famer was optimistic. A top-three finish will give the Filipinos a chance to compete in next year's world championships in Spain.

“They’re a pretty balanced team. They’ve worked a lot. May ayudang pagka-ganda-ganda. May awa ang Diyos, there’s a great chance they can win it. Basta magsama-sama at magtulungan sila," he said.

“Dito sa atin ang laro. Yun ang masarap. You have the crowd on your side. Malaking bagay yun!” he stressed.

Jaworski said the two-month preparation Gilas had is more than enough, pointing out that the all-pro team he led to a silver medal in the 1990 Asian Games in Beijing only prepared for two weeks.

“Dalawang linggo lang kami noon, siguro naman mas mainam yung mahigit dalawang buwan (ang ensayo),” he said smiling. “Having the right support financially and crowd are another plus factors that this team has."

“The crowd will play a major role. It’s time for unity, magkaisa tayo let’s support the team. I want to encourage everyone to support. This is going to be an international competition,” he said.

Will he be watching the games?

“Yes, I will be watching the game. I will do my share of being there and supporting this group,” the former senator said. “They have a very big chance. No matter how tough it’s gonna be, when they work together, they have a great chance."