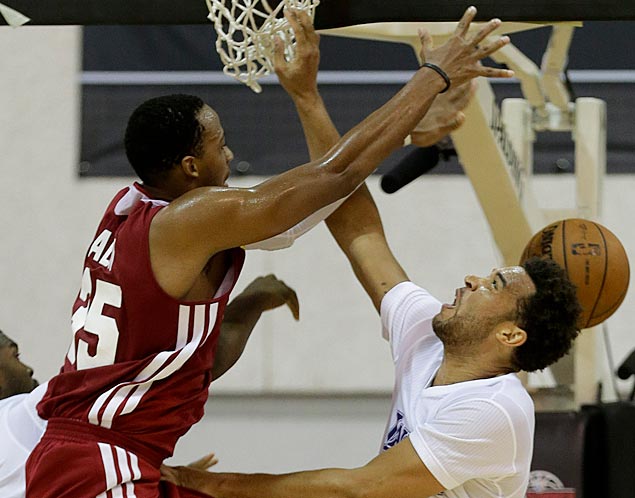 Harris was not drafted before playing well in the Las Vegas summer league, where he averaged 10.2 points and 5.6 rebounds for the Lakers' entry. The 6-foot-8 forward from Germany scored 17 in the Lakers' final game.

Agent Mark Bartelstein says Friday that the deal is for two years, with the second a team option.

Meanwhile, the Brooklyn Nets have agreed to a deal with swingman Alan Anderson, continuing their busy offseason.

Agent Mark Bartelstein says Friday that Anderson is getting a two-year deal, with the second year a player option.

Anderson averaged a career-high 10.7 points last season for Toronto. He has also played for Charlotte and has averaged 8.6 points in his four NBA seasons.