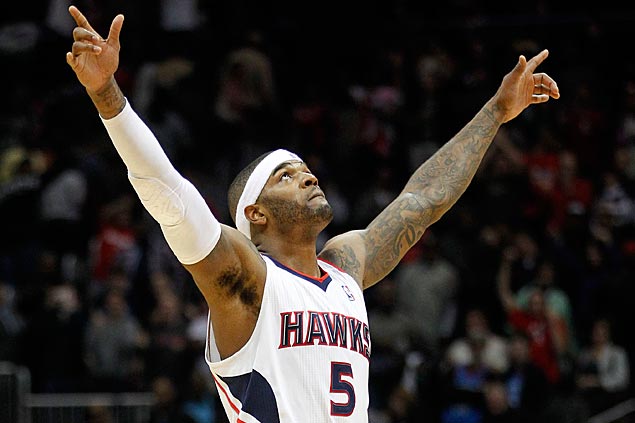 DETROIT — The Detroit Pistons have addressed their biggest need with one the best free agents available.

Josh Smith and the Pistons have agreed to a $54 million, four-year contract, according to a person familiar with the deal. The person spoke to The Associated Press on Saturday (Sunday, Manila time) on condition of anonymity because the agreement has not been announced.

NBA rules prevent confirmation of moves until July 10, when Smith is expected to sign his deal.

Smith has only played for his hometown Hawks, who drafted him No. 17 overall out of high school in 2004 — soon after the Pistons won their third championship.

He has averaged 15.3 points, eight rebounds and more than three assists, two blocks and a steal during his career, which has not included an All-Star appearance. Smith had his best season — averaging career highs in points (18.

and rebounds (9.6) — during the 2011-12 season. In 52 playoff games over the last six postseasons, he averaged slightly more points and rebounds for the Hawks.

The Pistons fired coach Lawrence Frank in April, a day after they finished 29-53, and hired Maurice Cheeks in the hopes that he could help end the franchise's four-year postseason drought.

Better players, of course, will help Detroit win more than any coach can from the sideline. At a steep cost, Smith seems to upgrade the team's collection of talent immediately.

Detroit will likely start the 27-year-old Smith it its frontcourt with 23-year-old power forward Greg Monroe and center Andre Drummond, who turns 20 next month. Barring another major move this offseason, the backcourt will include point guard Brandon Knight and perhaps shooting guard Kentavious Caldwell-Pope, the No. 8 overall pick in last month's draft.

The Pistons went into the offseason with $20-plus million in cap space, and desperately need to take advantage of the financial flexibility unlike the last time they had a lot of money to spend in the summer.

Detroit signed Ben Gordon and Charlie Villanueva to a $55 million, five-year contract and $35 million, five-year deal, respectively, in 2009 and both failed to provide a positive return. The Pistons ended up trading Gordon last summer to Charlotte for a first-round pick and Corey Maggette to cut about $15 million in salary. Detroit could still deal Villanueva, who is entering the last year of his deal, to a team that might want to take on his expiring contract.