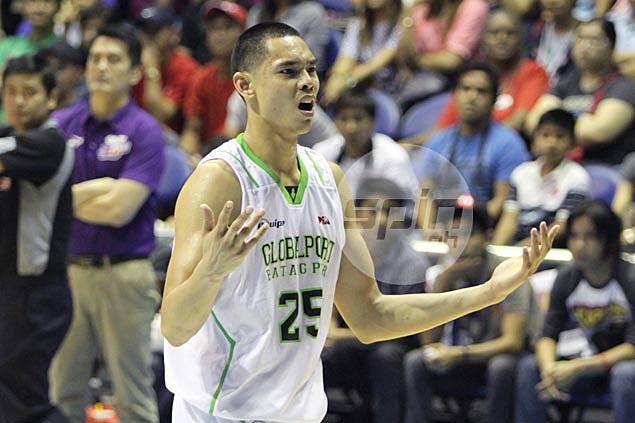 AS much as he likes to play above the rim and score, Japeth Aguilar insists his role with Gilas Pilipinas is a whole lot different as he focuses more on defense and rebounding for the Fiba-Asia Men’s Championship.

The 6-foot-9 Aguilar has shown his offensive repertoire in his one-conference stint with Globalport, where he served as one of the team’s primary scoring options during the Commissioner’s Cup before being dealt to Barangay Ginebra last month in a trade for rookie big man Yousif Taha and a future draft pick.

Yet Aguilar believes he’s better off defending the paint and grabbing rebounds in tandem with June Mar Fajardo and naturalized big man Marcus Douthit when Gilas takes on the region's best in the August 1-11 showpiece serving as a qualifier for next year's world championships in Spain.

The Fiba-Asia stint in Manila will actually be Aguilar’s third straight with the national team after being part of the 2009 and 2011 editions of the meet in Tianjin and Wuhan, China, respectively.

Aguilar was seldom-used in the two times he played for the national squad, especially under former Smart-Gilas coach Rajko Toroman two years ago. He averaged just 5.4 points and 3.4 rebounds in his two Fiba-Asia campaigns.

But the former Western Kentucky University back-up big man said he’s thankful to get another opportunity to play for flag and country.

During the course of Gilas’ training for the Manila showpiece, Aguilar was also happy to strike up a friendship with Rain or Shine bruiser Beau Belga, who was the final cut in the team.