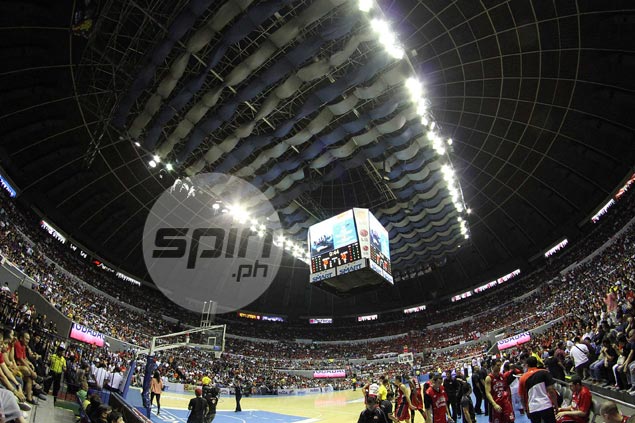 THE PBA and TV5 have agreed to the continued airing of the league games on IBC-13, at least for the Governors Cup, in a settlement announced by the two parties in a statement on Monday.

Unable to come up with a broadcast arrangement that was acceptable to the league board after weeks of negotiations, Sports5, the sports arm of the Manny Pangilinan-controlled network, agreed to bring the games back to IBC-13 at the 11th hour.

However, the two parties made it clear that the set-up will only be temporary and negotiations for a new broadcast set-up will continue at the end of the season.

"TV5 will review the current terms of its coverage contract with the PBA and submit its proposal to the PBA board of governors for the purpose of determining how best to further improve the relations between the two parties," read the league statement.

Ironically, it was TV5's decision to end its blocktime agreement with IBC-13 at the end of May, announced by Pangilinan himself in April, that triggered the broadcast crisis.

However, TV5's efforts to bring the games to its sister channel on the UHF band, Aksyon TV 41, have been rebuffed by the league board, as well as proposals to show the matches on two separate channels (IBC-13 and TV5) during the same playdate.

In a last-ditch move, Sports5 offered to broadcast the games on TV5 with a 45-minute newscast in between - a proposal that was likewise rejected by the board.