Reyes hits out at Castro, LA after 'terrible, terrible' game for Gilas

Reyes hits out at Castro, LA after 'terrible, terrible' game for Gilas 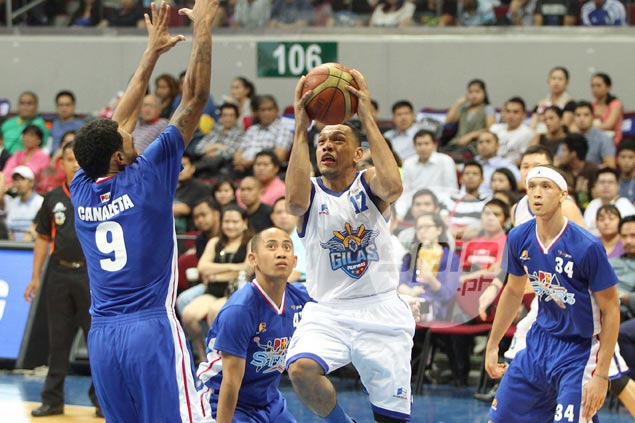 GABE Norwood spearheaded a murderous 27-4 Gilas Pilipinas blitzkrieg in the fourth quarter as the national team broke away from a tight match to post a 99-87 victory over the PBA All-Star team during their exhibition match on Wednesday at the Mall of Asia Arena.

The 6-foot-5 Norwood, a mainstay of Rain or Shine, poured in 10 points during that pivotal stretch, showcasing his athleticism on both ends of the floor to spare Gilas blushes in a match which coach Chot Reyes described as a "terrible, terrible game" for the team bound for the Fiba-Asia Men’s Championship.

"I mean, I had to bench Jason Castro in the second half because of his five turnovers in the first half,” he continued.

“With the way he’s playing, he (Castro) shouldn’t even be in this team. And if not for Jimmy (Alapag) we would have been in big trouble,” he added.

"Our point guards were terrible tonight. Jason and LA just didn't play well. They played as if they didn't know how to play. They had a really bad ballgame. No excuse."

Up next for Gilas is Kazakhstan on Friday at the Smart-Araneta Coliseum where Reyes hopes the nationals could put their poor showing against the PBA All-Stars behind them, saying the former Russian state is a legitimate threat because of the presence of several shooters and naturalized player Jerry `Triple’ Johnson.

“I thought we were making good progress from New Zealand and we’re around 80 to 85 percent, but I think we took a huge step backwards with this performance,” said the national coach.

“But they probably are too tight or too excited because it’s our first game home. Maybe they are just too careful playing with their former teammates,” Reyes added.