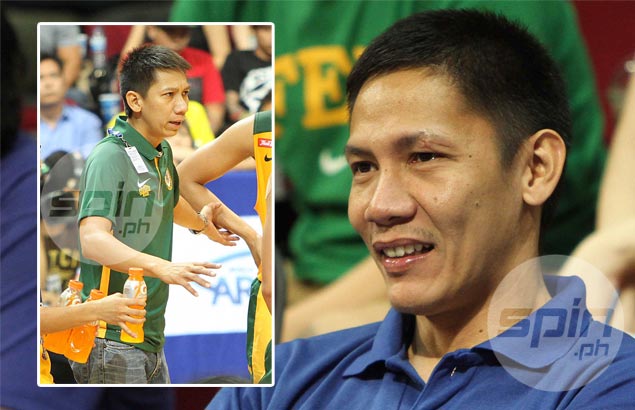 WATCHING the action from his courtside seat at the MOA Arena, Olsen Racela knew this was one rare match where he will for sure be part of the winning side.

On one side were the Ateneo Blue Eagles, a team Racela's helped lead to championships during his college career. On the other were the Far Eastern University Tamaraws, now coached by his younger brother Nash.

“I was cheering for Ateneo and Nash,” said the older Racela. “Walang talo ang Racela.”

Olsen said he is proud to see Nash patrolling the sidelines in a major college game again after a brief and uneventful stint with the San Beda Red Lions in the NCAA back in 2005.

“It’s a long time coming for Nash. He has been praying for another chance at coaching in the college ranks," said Olsen, now an assistant coach at San Mig Coffee after a short stint as coach of Petron.

Nash won a title in the defunct Metropolitan Basketball Association with the Batangas Blades in 2001, but the task of turning around the underachieving Tamaraws has been his biggest break as a coach so far.

Olsen is the least surprised to see his brother lead the Tamaraws to a 6-0 start to the season.

Olsen said the key to FEU's brisk start has been Nash's success in having Terrence Romeo and RR Garcia play well together this season, even though some people say the two Tamaraws stars can’t co-exist.

“Si RR and Romeo are playing well together. Sinasabi nila na hindi sila puwede mag-co-exist but they are doing a good job. And Nash has a big hand in this,” Olsen said.

Olsen said he doesn't give Nash too much advice, simply because he feels his younger brother doesn't need one.