Chot sees MOA match as mere treat for fans, but Franz has other ideas

Chot sees MOA match as mere treat for fans, but Franz has other ideas 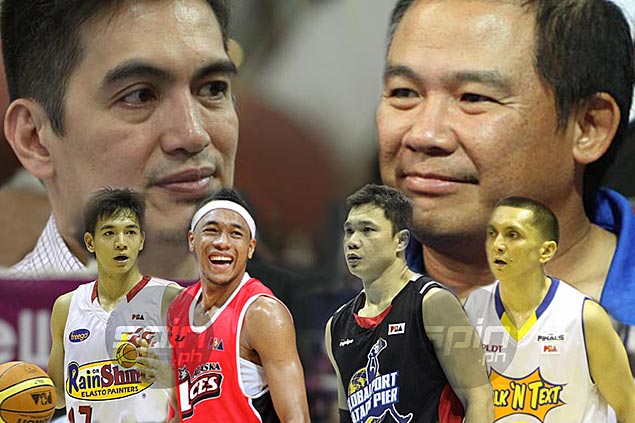 FOR Gilas Pilipinas coach Chot Reyes, Wednesday’s exhibition match against the PBA All Stars is just a game for the basketball fans to enjoy at the Mall of Asia Arena.

“The (game against the) PBA All-Stars is really just a fans game, nothing really we want to achieve there from a basketball standpoint,” Reyes told Spin.ph.

But if you ask All-Stars coach Franz Pumaren, they have all the intention to give the national squad a run for their money even if the 7 p.m. setto is a mere exhibition match.

“Our objective there is to try to simulate the international game. We really want to play them well,” Pumaren said on the eve of the match.

Pumaren said the PBA All-Stars hope to duplicate what was accomplished during the All-Star weekend in Digos City last May, which served to highlight the annual basketball extravaganza.

“Some of these guys want to prove something, but then more than that, the game is part of us giving back something to our country, which is to push Gilas and help prepare them in our own little way,” explained the Air21 Express mentor.

The PBA All-Stars battled Gilas Pilipinas to a 124-all standoff during their encounter last May 6, thanks to Jeff Chan’s game-tying three-point shot with 0.6 seconds to go that averted defeat before a sellout crowd at the Davao del Sur Coliseum.

Wednesday’s All-Star selection won’t have Mark Caguioa and James Yap, two of the biggest names to play last May, along with Marcio Lassiter.

The 6’4” Santos and Chan were named co-All-Star MVPs for their scintillating performances.