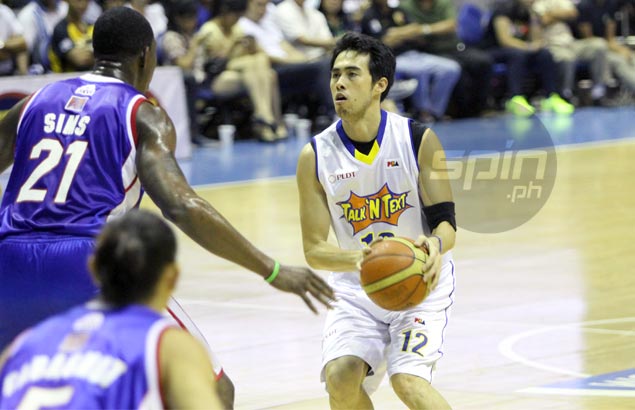 WITH Gilas Pilipinas ranged against bigger and taller opposition, gunners like Larry Fonacier know it is imperative for them to hit their target every game for the hosts to have any chance in the Fiba-Asia championships.

To sharpen up their guns, Fonacier and fellow shooters Gary David and Jimmy Alapag have torn a page from Ray Allen's playbook and used a drill he made famous during his time in Boston to prepare for the August 1-11 tournament in Manila.

Fonacier explains the mechanics of the rigorous shooting practice that has come to be known as the "Celtics drill," which Allen, now with the Miami Heat, used to do religiously while playing for the Celtics.

“In the Celtics drill, you do consecutive shots from all the five angles in two minutes. At least you have to make two consecutive threes in one angle to make it to the next angle,” explained the Talk 'N Text swingman, the Finals MVP in the 2012 PBA Philippine Cup.

Fonacier said David and Alapag have also been doing the extra shooting drill.

With nine days to go before the start of what should be the biggest battle of their lives, Fonacier said he is drawing added motivation from Gilas' stint in last year's Fiba-Asia Cup in tokyo where the nationals lost to Qatar in a bronze-medal game where their shooters failed to click.

The national squad shot a woeful 11 percent (2-of-18) from the three-point zone and 38 percent overall as it bowed to Qatar, 63-76 in the battle for third place.

Fonacier managed just three points on 1-of-5 shooting against the Qataris while fellow gunner Jeff Chan missed all six of his shots.

“We know how crucial those shots were if we made it in the game so we’re preparing hard,” said the sweet-shooting former Ateneo star.

“It’s a very big responsibility for us. We really have to keep our mindset positive, especially during stretches when we’re struggling. We need to knock down our shots,” he added.