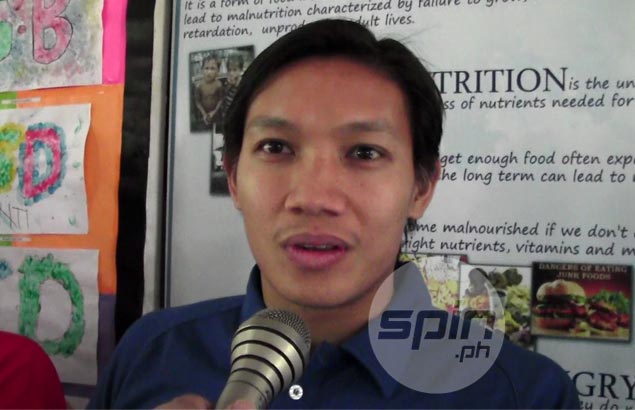 After three years, the cat-quick guard has decided to finally cut short his long, shining hair.

The 30-year-old point guard said he just wants to have a different look after wearing the same hairstyle with the Blaze Boosters for more than two years.

And he was quick to point out the new hairstyle doesn’t have anything to do with an aborted trade involving him, nor was there any order from top management for him to finally have a haircut.

“No, not really. No rule at Petron about hairstyle. I had this with Petron for eight conferences na,” he said.

There were rumors that Cabagnot was asked to cut his hair as sort of `pahiyang’ after a supposed deal that would have dealt him to another ballclub was called off.

But Cabagnot shrugged off such insinuations.

“Rumored trade before? No I haven’t heard of that. I have no idea about that,” he said.

Cabagnot said he’s long been planning to have a new hairstyle.

“I have been meaning to cut it. I was just planning the right timing. Timing-timing lang,” said the boyish-looking playmaker in between giggles.

‘I had it cut in the Philippines when I got back from the States. One month ago,” he added, while disclosing it was his mom who first advised him to have a new hairdo.

Ironically, it was his desire to have a new look which led him to decide to let his hair grow long the moment he arrived at Petron three years ago.

“Nagpahaba ako ng buhok dati kasi I just wanted something to do, something brand new. I just kept growing it. I never really paid attention to it. Tapos humaba na,” he recalled.

“Now na mahaba na, I just decided it's time for a change. Cut it and see how it would look,” said the former Eagle Rock High School stalwart.

Petron management has in the past asked its players to change their looks to conform to its corporate image, as was the case with former Petron back-up center Carlo Sharma, who was once asked to cut his hair and shave his beard.

The former De La Salle banger once sported long, curly hair and a beard, which he decided to maintain for over a year after his favorite barber died.