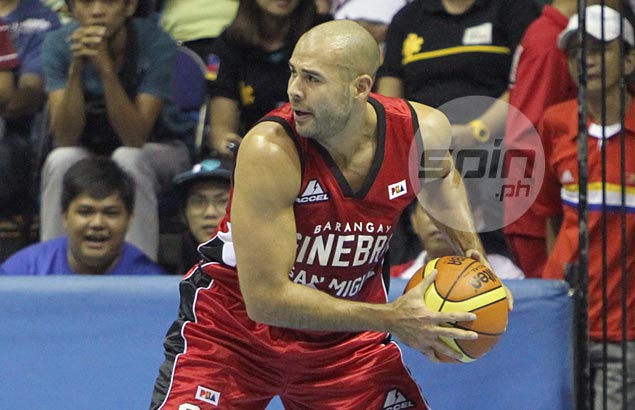 The hard-nosed rebounder and defensive specialist informed the Kings' coaching staff and his teammates of his decision to retire right on Ginebra’s first day of practice for the season-ending Governors Cup.

The 35-year-old cager, who spent 14 seasons in the PBA, said on Monday he wants to focus on his being a family man in Michigan and devote more time to his ministerial job as he hopes to become a pastor.

Hatfield will leave a big vacuum in the Ginebra frontline as the Kings are still trying to acquire the services of another veteran big man in Asi Taulava.

The Kings recently acquired the high-leaping Japeth Aguilar from Globalport, but a team insider told Spin.ph that coach Alfrancis Chua will most likely utilize the Pampagueño at small forward to create mismatches.

Reports have it that Chua is now pushing for the re-activation of former power forward Eric Menk, who suited up for the San Miguel Beermen in the Asean Basketball League last season.

Menk left Ginebra right before Chua, his first-ever PBA mentor at Tanduay, assumed the head coaching role of the Kings.