Lakers re-group after being spurned by Howard

Lakers re-group after being spurned by Howard 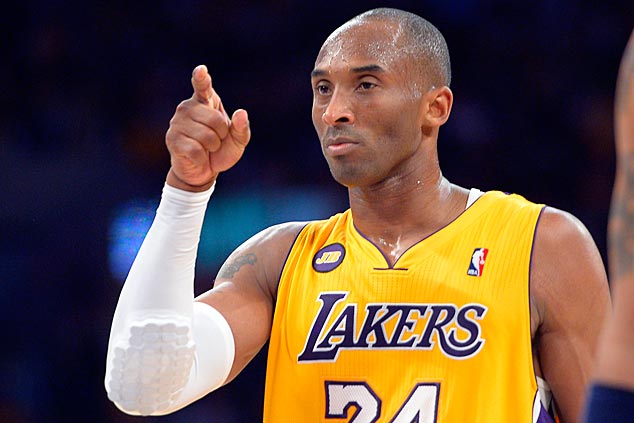 Having been spurned by Dwight Howard, the Lakers are facing a tough season with an aging roster led by Kobe Bryant — and even he's not ready to go. It's not known when the five-time champion will return as he recovers from Achilles' tendon surgery.

Howard's choice of Houston over Los Angeles leaves oft-criticized Pau Gasol as the Lakers' lone remaining big man. If coach Mike D'Antoni were to pencil in his lineup now for opening night, there would be a few holes.

Besides Gasol, the Lakers figure to have Steve Nash, Steve Blake and Jordan Hill as starters. Metta World Peace could be waived via the league's amnesty provision and Earl Clark is already gone, having agreed to a two-year deal with Cleveland.

Los Angeles must decide how much it can add while preserving the majority of the 2014 cap space, with Nash the only current player who has a deal past next June. A more severe luxury tax will take effect next season, possibly forcing the Lakers to trim spending in order to get under the threshold.

The Lakers aren't even looking like the best NBA team in their own arena. That status belongs to the Clippers, who just lured Doc Rivers away from the Celtics to coach and retained Chris Paul on the first day of free agency.

Bryant took part in the Lakers' courtship of Howard on Tuesday, but then Bryant posted a photo on Instagram of himself and Gasol shortly after Howard's decision on Friday night. Bryant captioned it with the Spanish words vamos (let's go), juntos (together) and corazon (heart).

"Naturally we're disappointed," Lakers general manager Mitch Kupchak said in a statement Friday. "However, we will now move forward in a different direction with the future of the franchise and, as always, will do our best to build the best team possible, one our great Lakers fans will be proud to support."

Howard's tenure in Los Angeles was mostly unremarkable, with averages of 17.1 points and 12.4 rebounds in 76 games after playing his way back into shape following back surgery. He arrived last August from Orlando as part of a four-way trade that included Philadelphia and Denver.

After injuries to Bryant, Gasol and Nash, the Lakers were swept in the first round of the playoffs by San Antonio. After coach Mike Brown was let go early in the season, Howard struggled to fit into D'Antoni's system and the big man repeatedly denied rumors of a rift between him and Bryant.

Howard could have re-signed with the Lakers for five years and $118 million. Now he's looking at a deal with Houston for four years and $88 million.

Retired Lakers big man Shaquille O'Neal, who famously had issues with Bryant, took a swipe at Howard on Saturday.

"We've all been in LA, and not a whole lot of people can handle being under the bright lights," O'Neal said at Daytona International Speedway. "Everybody wants to do it, but when you get there, there are certain pressures. I think it was a safe move for him to go to a little town like Houston."