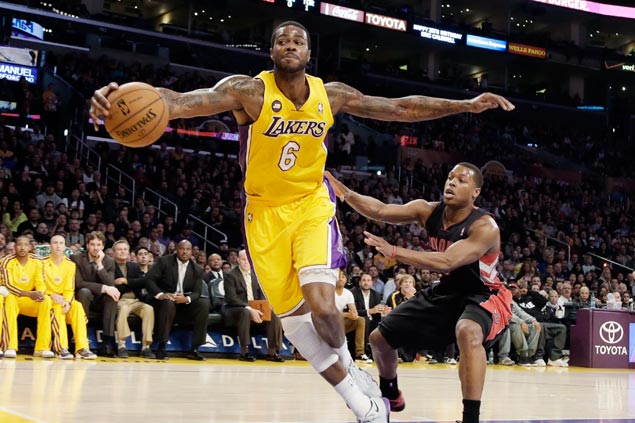 CLEVELAND — The Cavaliers have landed one of the Lakers' front-line free agents. No, not that guy.

Cleveland has agreed to terms on a two-year contract with forward Earl Clark, who played alongside Dwight Howard last season in Los Angeles.

Clark, who spent two days visiting with the Cavs earlier this week, is getting a deal worth $9 million, said the person, who spoke to the Associated Press on Thursday (Friday, Manila time) on condition of anonymity because NBA teams can't officially sign players until the free agent period ends on July 10.

The second year of the deal is a team option, the person said.

With Tristan Thompson and No. 1 overall draft pick Anthony Bennett playing power forward, the Cavs needed an experienced small forward and believe Clark can compete for that starting role, along with Alonzo Gee, C.J. Miles, and Sergey Karasev, taken last week with the No. 19 overall pick.

In Cleveland, Clark will be reunited with coach Mike Brown. The two were together in Los Angeles last season before Brown was fired after just five games. Clark has also worked with Cavs assistant coach Igor Kokoskov, who was previously with Phoenix.