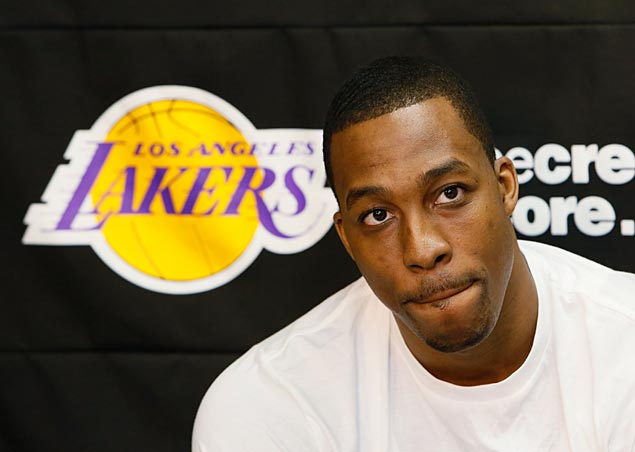 "At the meeting, we told him how important he is to the Lakers team, franchise, fans and community, and why we feel this is the best place for him to continue his career," Kupchak said in a statement released by the team. "We are hopeful that Dwight decides to remain a Laker."

Howard became one of the NBA's most coveted free agents when free agency opened Monday. The Lakers have made no secret they want to keep him. The Houston Rockets, the Dallas Mavericks and the Atlanta Hawks also are interested.

Howard's first, and perhaps only, season in Los Angeles was a disappointment, ending in a first-round playoff sweep, and he acknowledged being unhappy at times. But the Lakers want to keep the former Defensive Player of the Year, believing the extra year and about $30 million more they can give him will provide a huge advantage.