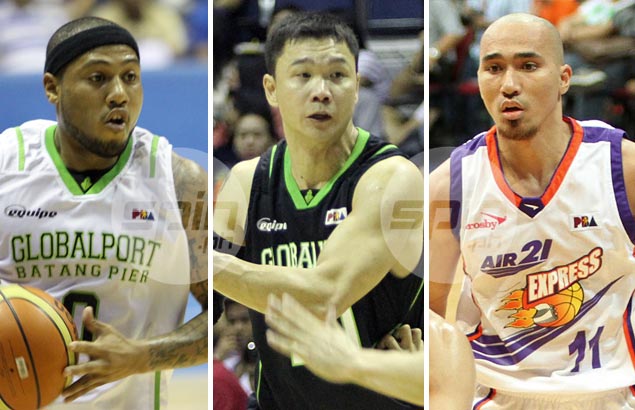 A TRADE involving Gary David almost went down this week, but sources said it might still happen at the end of the PBA season.

While everyone’s attention was on the drama surrounding Barangay Ginebra following head coach Alfrancis Chua's surprise resignation, a deal that had the high-scoring David as centerpiece was nearly consummated between the Air 21 Express and the Global Port Batang Pier.

According to Spin.ph sources, the deal was supposed to ship Globalport star David and rookie AJ Mandani to Air 21 Express for veteran guard Mike Cortez, the playing rights to the injured Rob Reyes, and a future second-round pick.

A top official from one of the teams involved confirmed to Spin.ph that the talks indeed took place, although he insisted that he had no idea if Globalport owner Mikee Romero had given his blessings on the trade.

However, sources said the deal was nipped in the bud when Air21 coach Franz Pumaren stepped in, pointing out that trading Cortez would leave the Express without a player to man the point guard position.

The same source bared, however, that Air 21’s bid to re-acquire Gilas Pilipinas mainstay David, a player that donned the Express jersey from 2005-2009, will be renewed after the season.

“Pwedeng matuloy yan. At malamang matuloy na by that time,” said the source.

Another team that sources said is in hot pursuit of the high-scoring David is Petron.

The problem, however, is that Petron is not keen on giving up the two players Globalport want in exchange for David and Mandani: youngsters Marcio Lassiter and Chris Lutz.